Construction is a wide and varied industry where there are many thermal spray (also known as metal spray) applications.

Metal spray coatings in this field are most commonly used for preventing corrosion with coating of zinc, aluminium or alloys of these two materials (zinc/aluminium) most commonly being applied.

The metal sprayed coatings are often applied to large construction projects like the prestigious Burj Al Arab hotel. Several areas of the support steelwork were arc sprayed with aluminium (TSA) in this harsh, coastal environment to provide un-rivalled corrosion protection. The project was so successful, that it became a natural choice when selecting the coatings for key structural elements of the Burj Khalifa tower that followed several years later.

At the more industrial end of the sector, lighting columns, electricity pylons and farm buildings are also suitable for a metallic protective coating, applied by either flame spray or arc spray.

Not all corrosion is external and it is not uncommon to see internal steelwork coated with zinc or aluminium, especially where there are high levels of humidity such as swimming pools.

As well as protecting construction projects from corrosion, metal sprayed coatings are also used to enhance other properties.  The Metallisation 28E Arctec non-slip coating has been applied in a wide range of construction projects.  Baggage handling ramps and walkways in London’s Heathrow Airport have received treatment with the incredibly durable non-slip metallic coating.  This has also been applied to ferry loading ramps and walkways in the new Tottenham Hotspur stadium in London. 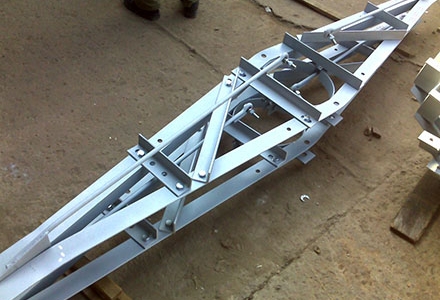 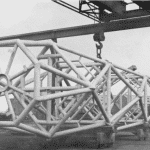 Reason for use: Long term corrosion protection of inaccessible objects, reducing requirement for regular inspection and maintenance. Download PDF Go to the Process Page A typical example of current trends is provided by a 30.48 M (100ft) mast commissioned for the North Thames Gas Board, for installation at its headquarters. The days of the simple, straight up and down radio mast have gone and the North Thames Gas Board structure is built up of a series of short interconnected mild… 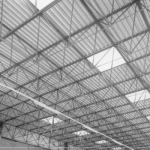 Reason for use: Protection of condensation corrosion in area such as swimming pools, breweries, wineries, pasteurising plants etc. Download PDF Go to the Process Page The roof structure of an up-to-date dispatch department situated at the premises of ‘Frederick Robinson Breweries Ltd’ has been treated for anti-corrosive protection using one of the Metallisation systems. The structure, manufactured from mild steel, consists of 400 frames each 0.914M2 (3ft) square, assembled by means of joining brackets. The protective system employed was as follows: grit… 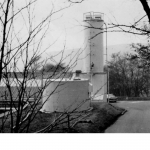 Reason for use: Long Term Corrosion Protection Download PDF Go to the Process Page The photograph shows a Fylde Water Board Tower at Barnacre, near Garstang, Lancs. The tower was gritblasted to BS 4232, and then zinc sprayed to 175 microns (0.007”) followed by one coat of inhibitive sealer to Zn7/a. Fylde Water Board has adopted this Metallisation Protective System as their standard anti-corrosive treatment as it has proved over many years to be the optimum for efficiency, economy and…